Our Economics Tutors in London 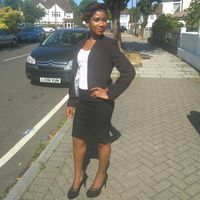 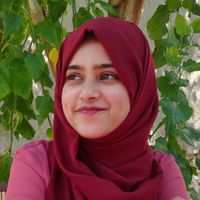 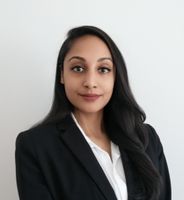 I'm an Economics, Maths, Business Studies, and 11+ teacher, with experience of teaching in state secondary schools, Grammar schools, private schools and a college of … 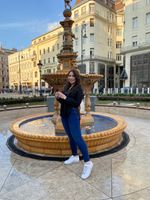 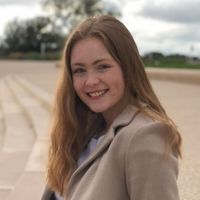 Hi! I'm Emily, a year 3 Economics student at Durham University, so I love all things Maths and Economics! I'd love to share my experience … 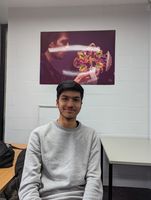 Subject: GCSE Maths Exam Board: Edexcel Preferred Students: GCSE (15-16) About me: Hi, I'm Abdul and I tutor GCSE Maths. I received a level 8 …

FAQs about Economics Tutoring in London

Students in London can access GoStudent's pool of 186 Economics tutors. Our tutors are exports in giving 1-2-1 private tuition in Economics. To get a free trial session for your child, simply provide your details and we will get back to you.

Private online tuition is one of the great benefits of getting tuition from GoStudent. We offer online from one of our Economics tutors in London. Online tuition is a great option for you and your child, meaning you don't have to take your child to a class or cover the cost of a tutor to come to your home.

As well as private Economics tuition, GoStudent can help your child with other subjects in London.Pick from:

And with GoStudent your child isn't tied into one subject. If they are taking Economics tuition but then need support with a different subject, we can help them get that support with a specialist tutor for that subject.

Your child could benefit from private Economics tuition in London:

All you need to know about Economics tuition

Economics is a discipline in which students learn about the economy and social sciences, among other things. Through the study of economics, students will gain an understanding of the economy as a human activity, and how we generate, distribute, sell and consume services and things.

If your child or teenager intends to pursue a career in the private sector, banking and insurance, finance, control and management or even marketing, one of the best ways to do so is to study economics.

London is home to a significant number of universities and colleges. More than 120 different institutions offer economics courses, which means there are many options available for students from all academic levels or financial plans.

London offers excellent educational opportunities for those who want to study economics: from college courses, undergraduate degrees through to postgraduate studies. The London School of Economics and Political Science (LSE) is a public research university located in central London. It was founded in 1895 as the University College of the capital city. Today, about 16 000 students study at LSE for bachelor’s or master’s degrees across 60 departments.

Why choose economics tuition in London with GoStudent?

There are so many options for economics tuition and types of economics tutors in London that it's hard to choose. Do you want a one-on-one session, or would group learning work better? Which slot in your schedule fits best - morning classes or afternoon lessons? With all these possibilities available nearby, finding the right fit can be challenging!

Suppose you’re looking for economics tutors in London to work on a one-on-one basis. GoStudent provides individualized private tutoring for all levels, from GCSE to A-level and university level for degree courses. Our tutors can even help prepare for certifications in economics such as Certified Economic Developer (CEcD), Certified Public Accountant (CPA), Certified Management Accountant (CMA) or Chartered Economist.

Why choose economics tutoring in London?

Economics in London is a hub of economic activity, and it's home to some of the world's most prestigious universities.

London has a rich history of economic thought and discussion. Prominent economists such as Ricardo, Mill, Keynes and Hayek all spent time in London at one point or another during their lives. Many universities started with prominent economics departments. The London School of Economics in particular gave rise to students who would go on to become great thinkers.

When it comes to London’s more modern economic history, some would say that economics was set back a little by Adam Smith’s writing on free trade. At least there is no doubt that many students who study economics at university or college will have had their first taste of economics from reading The Wealth Of Nations.

Many famous economists have studied and worked in London over the centuries, such as:

Today, you can find a wealth of economics-related events around the city, including The Naked Economist and many more. There are also plenty of places to study to become an economist with many universities offering courses that have some sort of following across Europe.