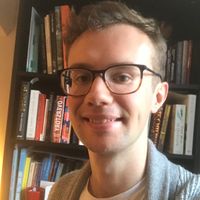 Cambridge Classics graduate (MPhil/BA), and teaching and education are my absolute passions, from Maths to English, and everything in between. Outside of the classroom, I …

Subjects for tutoring: CURRENTLY ONLY LOOKING FOR 11+ STUDENTS DUE TO THE TIMINGS OF THE ASSESSMENTS. [Up to GCSE/ iGCSE : Maths, Physics] Exam board …

Hi there, My enthusiasm for Latin and English stems from etymology, I find it interesting how many of our English words today are traced back … 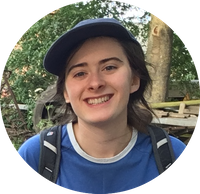 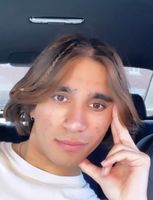 Last year I completed the International Baccalaureate, and have also taken GCSEs and IGCSEs. I studied all three of my subjects at IB level as … 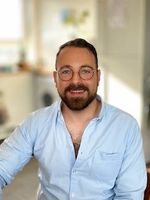 The cost of private Latin tuition can be as low as £22.50.The price of each individual lesson is dependant on how long your child would like tuition support and how many lessons they take per week. The more they learn, the lower the price of each lesson!Why not book a free trial session for for you and your child to see how we can help?

Students learning with GoStudent can access our pool of 229 Latin tutors. Our tutors are experts in giving 1-2-1 private tuition Latin.

To get a free trial session for your child, simply provide your details and we will get back to you.

With GoStudent your child can get private tuition online from one of our Latin tutors. Online tuition is a great option for you and your child, meaning you don't have to take your child to a class or cover the cost of a tutor to come to your home.

We can help your child support with private Latin tutoring as well as offering tuition for subjects.Choose from the following subjects:

Your child can learn more than one subject with GoStudent. Your child may need support with maths at the moment but as these needs change we can also offer tuition across different subjects.

Getting private Latin tutoring can be a great benefit for you child.

All you need to know about tutoring in Latin

Latin is a popular language to learn, in the UK but also around the world. Latin is a prestigious subject and it has many benefits for children.

Latin tutors can help with homework and explain difficult concepts thoroughly. Latin students are normally given Latin tests after they have been taught the concepts of the language. A Latin tutor can go through previous test papers with their students so they know what types of questions will be asked. This technique prepares students for their Latin exams and helps boost grades.

Latin students can also be provided with exemplary Latin answers so they know how to structure their essays. This saves a lot of time and helps students produce structurally sound work.

Latin tutors can also help with translation. When learning Latin, Compositions and translations can be very hard. Our Latin tutors have already mastered the language and will know how to properly translate words and sentences, helping your child complete their homework with ease.

The advantages of studying Latin

The ancient Romans spoke Latin as their native language. The Latin language spread over the Mediterranean as the Romans expanded their empire. Latin was spoken in Italy, France, and Spain at the time of Julius Caesar. Classical Latin is now regarded as a "dead" language.

Many modern languages, such as Spanish, Italian, and French, descend from classical Latin. These languages are referred to as "Romance" languages since they evolved from the language of the Romans.

So why bother studying a language that is no longer spoken? Although the reasons may not seem obvious at first there are plenty of reasons to study Latin.

If your child needs to expand their vocabulary they should study Latin. Although English did not descend directly from Latin, numerous Latin words were borrowed by English speakers. Although it may not seem like it, learning Latin can also help improve your child’s English grades.

If your child wants to pursue a career in medicine, nursing, or law, they should learn Latin. Latin words are used in a lot of medical phrases and in practically all legal terms. In these fields, knowing the Latin meanings of "lateral" and "non-compos mentis" will provide an advantage.

If your child is also learning a Romance language, they should learn Latin. Much of the vocabulary in these languages is nearly identical to classical Latin.

Learning Latin is a good mental challenge and helps develop problem-solving skills. Latin grammar is complicated, and deciphering a Latin sentence can be like putting together a jigsaw. Latin is popular among people who appreciate maths and music since it requires some of the same intellectual skills.

While the study of Latin was once integral to anyone's education, nowadays its benefits are less well-known and schools generally do not require students to learn it. However, there are still many good reasons why it’s worth studying Latin.

Having a degree or some knowledge of Latin can also offer access to several different careers and job opportunities. Many people who study a classics degree don’t end up working in something related to their degree. The main jobs related to Latin are academic research and museum or gallery curator. However, there are other jobs where transferable skills from a classics degree could be useful in gaining employment.

Latin is being taught in an increasing number of primary schools across the country, with cross-curricular connections to History, Design and Technology, Science, Geography, Art, English, and Modern Foreign Languages.

For many years, it was assumed that Latin was better suited to higher-ability students, but new research shows that it has a considerably positive influence on the reading skills of children who are performing below age-related expectations. Latin provides a framework within which less able students (as well as students learning English as a second language) can begin to gain a better understanding of how languages work. Whether you want to use Latin to help push your high performing child or to foster a more basic understanding of how languages work, Latin tutoring is a good way to help students progress. With GoStudent, Latin tutoring can also be combined with the primary history curriculum covering the Greeks and Romans and help foster a love of history in students!

Some schools may decide to introduce Latin as an after-school club. In this case, instructors should select who is eligible for the club, how often it will meet, and what subject will be covered (that is not required by the KS2 curriculum).

Preparing for exams can be very stressful for students. Procrastination is common when it comes to studying. Children will often try to avoid it which only serves to increase anxiety and cause poor performance.

This is the case for all subjects, but especially for very academic ones like Latin, which many people struggle with.

Through the study of genuine texts, Latin exams aim to expand student’s knowledge and understanding of the Latin language's vocabulary, grammar, and syntax, as well as ancient literature, morals, and society.

In GCSE, A level, Higher and Advanced Highers, Latin students expand their knowledge of Latin vocabulary, morphology, and syntax in order to read and comprehend Latin passages. Learners are expected to know words included in the defined grammar and vocabulary lists.

Students also study ancient literature and ancient sources to increase their knowledge and understanding of the ancient world. Preparation is essential to score well and gain access to the best universities in the UK and the world.

It is an extremely demanding subject and in many cases, Latin tutoring is recommended so that students can feel confident going into their exams.

If your child is getting ready to sit these important exams then now is the right time to get started with one of our friendly and professional tutors to prepare your child well for their exam.

Whether your child is studying for a Latin GCSE or A level in England or the National 3,4,5, Latin Higher or Advanced Higher in Scotland we have a tutor who knows the curriculum well.

Especially if time is tight, a tutor can help your child quickly learn and internalize the essentials so that they can go to their exam as stress-free as possible and get the grade they want.

How can Latin tutoring help students at degree level?

Apart from studying pure Latin, it is much more common at University to study classical studies as a degree subject.

Classical studies frequently require a proficiency in Latin or ancient Greek so universities would expect GCSEs and A-Levels in Latin. Without a qualification in Latin, you can study classical literature and civilisation in English at several universities, either as a separate degree or as part of a joint honours program.

Classical studies generally include components from history, philosophy, sociology, and the study of languages and literature.

It's critical to acquire as much help as possible at this critical time to prepare for all assessments, assignments, and exams along the path to your final goal: a classics or Latin degree.

The best way to ensure you receive the desired grades from your Latin degree is to make the most of each test, coursework assignment, and year. You can relax in the knowledge that you are not alone in your studies. With the help of one of our Latin tutors you will receive the extra attention and support you need.

If you're falling behind on your homework or having trouble with specific topics, private degree-level Latin tutoring can help you overcome any obstacles you're facing, ensuring that you build confidence in your knowledge and finish your Latin degree feeling like an expert in the field.

All of our Degree Latin instructors have excelled in their studies, allowing them to provide professional guidance on what to expect and how to prepare for everything your university course entails.

How can tutoring help my child get a place at university?

Classical studies is a difficult academic subject to gain entry to - which is why it is all the more important to make sure your child is reaching the entry requirements for GCSEs and A levels.

One of the advantages of GoStudent is that you can use your credits over a variety of subjects so your child can study maths and the other subjects that are needed for entrance into university at the same time. The grades needed for entry to Classical Studies on average are listed below (data taken from UCAS.) Check out the homepage of your child’s desired university for more detailed information.

A level - Entry requirements range from BBB to AAB, with ABB being the most typically requested by universities and colleges.

Highers in Scotland - Highers (the most common qualification) have entry criteria ranging from ABBBB to AABBB, with AABBB being the most prevalent. Universities occasionally want Advanced Highers to supplement Highers. When universities or colleges ask for Advanced Highers, they usually require ABB.

Keep in mind that every degree programme is different and you will need to check the individual university that you wish to attend to make sure that you have the required qualifications.