Our Physics Tutors in London 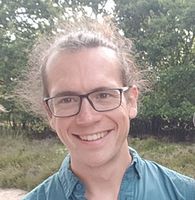 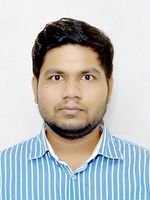 Hello, I'm Akash! I've been tutoring for several years now specializing in Math and Science. I'm majoring in Mechanical Engineering at DkIT and plan to …

I'm George! I recently graduated with a Bachelor's degree in Natural Sciences, Science is all around us we live and breathe it every day and … 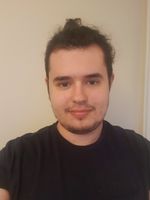 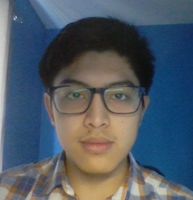 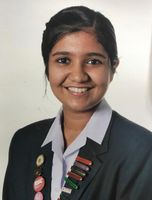 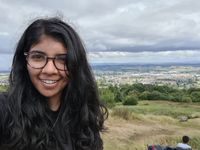 Hi! I teach Mathematics and Physics at GCSE level. Currently pursuing Masters degree in Aerospace Engineering at the University of Glasgow, I love to study …

FAQs about Physics Tutoring in London

The cost of private physics tuition in London can be as low as £22.50. The price of each individual lesson is dependant on how long your child would like tuition support and how many lessons they take per week. The more they learn, the lower the price of each lesson! Why not book a free trial session for for you and your child to see how we can help?

Students can get access our pool of 748 private physics tutors in London. Find out more and get a free trial session for your child.

Private online tuition is one of the great benefits of getting tuition from GoStudent. We offer online from one of our physics tutors in London. Online tuition is a great option for you and your child, meaning you don't have to take your child to a class or cover the cost of a tutor to come to your home.

GoStudent can help give your child support with private physics tuition as well as offering tuition for subjects in London. Select from the following subjects:

Your child isn't tied into one subject with GoStudent. Maybe your child needs support with physics now but as their needs change we can also offer tuition across different subjects.

GoStudent helps to unlock the full potential of every child, across a wide range of subjects including physics. We do this by:

All you need to know about tuition in physics

The word physics comes from the Greek word for nature. For centuries, people have been trying to understand how nature works through observation, experimentation, and theory.

Physics has helped us better understand our world by answering questions about what matter is made up of (atoms), why things are different colours (wavelengths), or why objects fall when dropped (gravity). And while it may not be evident at first glance, many aspects of modern life rely upon discoveries made by physicists.

Physics is the reason we have computers, smartphones and digital cameras. Physics also helps us understand how water can be turned into steam that powers turbines in power plants or how microwaves work to heat food quickly.

Physics has allowed people to travel incredible distances by building aeroplanes capable of reaching space without gravity (or air for engines) and sending spacecraft to distant planets.

Physics has helped scientists understand what is inside a black hole and how the universe came into being in a Big Bang over 13 billion years ago, which continues to expand today.

Physics also helps us predict when, where, and why earthquakes or volcanic eruptions will occur so that people can be ready for them before they happen.

Physics is everywhere, and it helps make our lives safer and more effortless in many ways.

However, physics is also a demanding subject that requires an in-depth understanding of the concepts and how physicists think.

Obtaining a GCSE or Physics A-Level right can open doors when it comes to university and career choices, so choosing where to study Physics should be taken seriously by both students and parents. A specialist physics tutor can help your child study for their physics course and exams to get the top grades they deserve!

Having an A Level in Physics is the key qualification that opens the door to studying physics at university.

The most popular type of Physics degree is Astrophysics, followed by Particle Physics and then Nuclear Physics. These subjects are highly sought after because they allow students to study something tangible that has practical implications on society as a whole - i.e., stars, medicine and energy.

As Physics is such an aspirational branch of science, it's no surprise that the capital city has some of the best Physics universities in the world. Let’s take a look at them:

The- University of Cambridge - Ranked fifth among the best Physics universities worldwide by QS World Rankings 2018. There are over 200 Physics academics in this university responsible for some groundbreaking discoveries, such as the discovery of graphene and gravitational waves.

The University of Oxford - Ranked fourth in Physics and Astronomy worldwide by QS World Rankings 2018. This university has over 200 Physics researchers who are making strides in Physics with their cutting edge research, including finding a link between dark matter and black holes.

Studying Physics at one of these prestigious universities is to be part of an elite Physics community responsible for some of the most significant Physics advancements in history.

Why choose physics tuition in London with GoStudent?

There are so many options for physics tuition and types of physics tutors in London that it's hard to choose. Would your child prefer a one-on-one session, or would group learning work better? Which slot in the schedule fits best - morning classes or afternoon lessons? With all these possibilities available nearby, finding the right fit can be challenging!

Suppose you are looking for English tutors in London to work on a one-on-one basis with your child. GoStudent provides individualised private tutoring for all levels, from GCSE to A-level and beyond. Just fill in the contact form, and GoStudent will do the rest - we’ll find you the perfect tutor for your child no matter what their needs are.

Physics in London can be traced back to Ancient Greek and Roman times. Physics was developed alongside mathematics, astronomy and chemistry which all gained momentum during the Industrial Revolution in 19th century England.

Famous physicists from London include:

There are also many physics museums in London where you can take your child to ignite their passion for this fascinating subject.

The Science Museum is located right next to the Natural History Museum on Exhibition Road. It contains great exhibits including demonstrations about air pressure and electricity, as well as steam engines. There are also some historical exhibits, including a replica of the Apollo 11 command module.

The Physics Museum is located in the Royal Observatory and has many exhibits from different periods. One exhibit shows how people used to use candles for light before gas lamps were invented. Another one demonstrates expanding glass by turning it into liquid with an electric current! There are also some interactive science exhibits, such as a simple machine and an air vacuum pump.

The Wellcome Collection is not actually dedicated to Physics, but it has some exhibits related to medicine which can be very interesting if you're interested in science! Some pieces of art depict diseases like smallpox and tuberculosis. Overall, there's something for everyone at the Wellcome Collection!

The Museum of Physics is located in the University College London's Physics Department. The museum contains many exhibits about how physics affects our day-to-day lives, including information on sound waves and optics. There are also some interesting historical pieces, like a replica of an old computer used to decrypt secret messages during World War Two.

The Physics of Music is located in the Royal College of Music and contains some interesting exhibits about sound. There's a demonstration of how vibrations create different sounds through drums, guitars, and pianos! Visitors can also experiment with chimes to learn more about standing waves.